The Russian heritage can perhaps be traced back in several directions to RURIK in the north, GENGHIS KHAN and the Golden Horde in the east, and SELIVAN KOTCHU-BEY in the south. Thus, the family tree most probably has roots incorporating the three primary influences on RUSSIA - the Vikings, the Mongols and the Ottomans.

RURIK, regarded as the first of the RUS and the origin of the name given to RUSSIA, was born about 810 and died about 879. His origin is thought to be Scandinavian, or possibly Jutland (present day Denmark) from a Viking clan, an offshoot of the Varangians. There are differing theories as to whether he and his clan invaded the area of KIEV or whether he was invited in to provide security as a mercenary force against invaders attempting to disrupt the lucrative trading activities centered in Novgorod on the Volkhov river. In any case, his kinsman Oleg founded the grand principality of Kiev and was succeeded by Prince Rurik's son IGOR (912 - 945) who is considered to be the real founder of the Russian princely house.  The descendants of IGOR established among other princely houses those of Moscow and Tver. The MOURAVIEFFs are allegedly descendants of YAROSLAV (Grand Prince of  VLADIMIR 1264-1271) and actual records of them have been documented as early as 1488. The MOURAVIEFF name is often associated with high ranking military and diplomatic posts. A MOURAVIEFF led Russian conquests of Poland under Catherine the Great, the establishment of the Amur

and Ussuri Rivers as the boundary with China in 1858 and the founding of Vladivostok in 1860. The Amursky  Peninsula, a  large peninsula in Siberia where Vladivostok is situated is named to this day after Nicolai  Muraviev who was given the title of Count Amursky. The Mouravieff name is also closely associated with the Decembrist uprising in 1825 against Czar Nicholas I. In 1751, Ivan Mouravieff married the only daughter of Peter Apostol, the son of Hetman Daniel Apostol. In 1755, at the request of Peter, Ivan's son Matvei agreed to attach the Apostol name to his own to prevent the Apostol family name from dying out. Thus was born the name Mouravieff-Apostol.

In 1238, a MONGOL army under Batu, grandson of GENGHIS KHAN, invaded Rus and in 1240 captured KIEV. It was ransacked many times over the ensuing 100 years by the Tatars based in the Crimea. It is most probable that the APOSTOL family has its roots in the Crimea and served as the Khan's representative ruling over regions to the south and east of Kiev. Indeed, the word "Apostol" in Russian means "designated Chief of the conquered nation". These feudal states were headed by a Hetman who was elected by the various tribal chiefs. The first documented APOSTOL is PAUL, born about 1630. His son, the Hetman Daniel (Danylo), was born in 1654 and died in 1737. This was the Hetman Period in the Ukraine's history . His father or grandfather probably helped the Cossacks in 1648 capture KIEV and then under increasing

military pressure from the Polish offered their allegiance to Moscow under Tsar Peter the Great. The Treaty of Andrusovo in 1667 concluded the

absorption of the Ukraine west of the Dnieper into the Russian Empire as an autonomous Cossack state under the protection of Moscow. By 1686 Kiev became part of Russia and under Catherine the Great in 1793, the Ukraine east of the Dnieper River had also joined the Russian Empire. Daniel Apostol was the last of the freely elected Hetman (Ataman) warlords and was elected from the city of Glouchov though his residence was in Khomoutetz near Mirhorod and the village of Poltava. He built his church at Velikii-Sorochintzi made famous by the 19th century poet Gogol. His rule ended in 1725. Little is known of his son Peter except that Peter's daughter, Elena, married Matvei Mouravieff  in 1751 and Peter's grandson, Michael, the last to bear the APOSTOL name, later requested their son, IVAN, to add the name APOSTOL so that the APOSTOL family name would live on.

Nothing is known of this family prior to NADEHZDA (affectionately known as Baboushka) marrying Theodore (FEODOR) TERESTCHENKO in 1883. Their daughter, NADEHZDA FEODOROVNA, would then marry Vladimir MOURAVIEFF-APOSTOL-KOROBYINE. However, family tradition passed down suggests that this wealthy family in KIEV could trace its lineage back to King Pepin III the Short of France, father of Charlemagne (721 AD). Since Pepin III expanded his empire considerably and exchanged ambassadors with the Byzantine Emperor and the Caliphate of Baghdad, it is reasonable that some of his descendants could have settled in the easternmost parts of his empire.

This family first appears in KIEV during the 18th century and the first recorded ancestor  is Artemyi TERESTCHENKO, father of Theodore TERESTCHENKO. THEODORE and his brother, NIKOLA,  contributed huge sums of money to the development of KIEV and many of its institutions. Nikola's daughter, Barbara, married Bogdan HANENKO and together they established a collection of art in the Hanenko Museum of Kiev, financed in large part by the couple's father and uncle. The collection is now housed in two parts in the restored mansions of NIKOLA and THEODORE TERESTCHENKO located in KIEV on Boulevard Terestchenko.

The first MOURAVIEFF-APOSTOL  was IVAN, son of MATVEI MOURAVIEFF, who at the request of  PETER APOSTOL'S grandon MICHAEL added the name APOSTOL to that of MOURAVIEFF in 1800. IVAN's marriage to Anna Tchernoevitch resulted in four daughters among them, KATERINA, and three sons - MATVEI, SERGEI and HIPOLYTE. The son's became leaders in the Decembrist movement of 1825 which was crushed by Tsar Nicholas I resulting in Matvei being banished to Siberia, Sergei being hanged and Hippolyte losing his life to a gunshot wound that some say 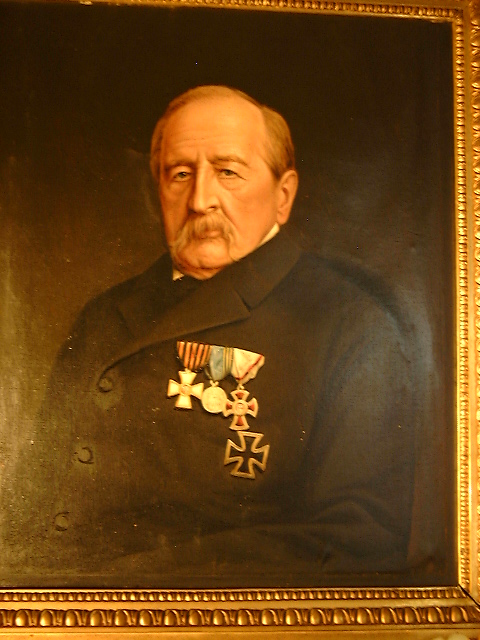 as self-inflicted. Matvei was eventually allowed to return to his homeland and had his honor reinstated by Czar Alexander II in 1884. During his last years, he befriended Vladimir KOROBYINE, his sister KATERINA's grandson. Katerina married a BIBIKOVand their daughter married Vladimir's father. Having no children to carry on the name of MOURAVIEFF-APOSTOL, Matvei requested Vladimir Vladimirovitch KOROBYINE add the name to his. In 1886 by decree of the Czar, VLADIMIR KOROBYINE became VLADIMIR MOURAVIEFF-APOSTOL- KOROBYINE. He married Nadehzda Terestchenko and had three sons, Vadim, Andrew  and Alexis. Vadim died in 1999 and Alexis died in 2000. Andrew had three sons, Michael, Christopher and Nicholas. Andrew died in 2002. 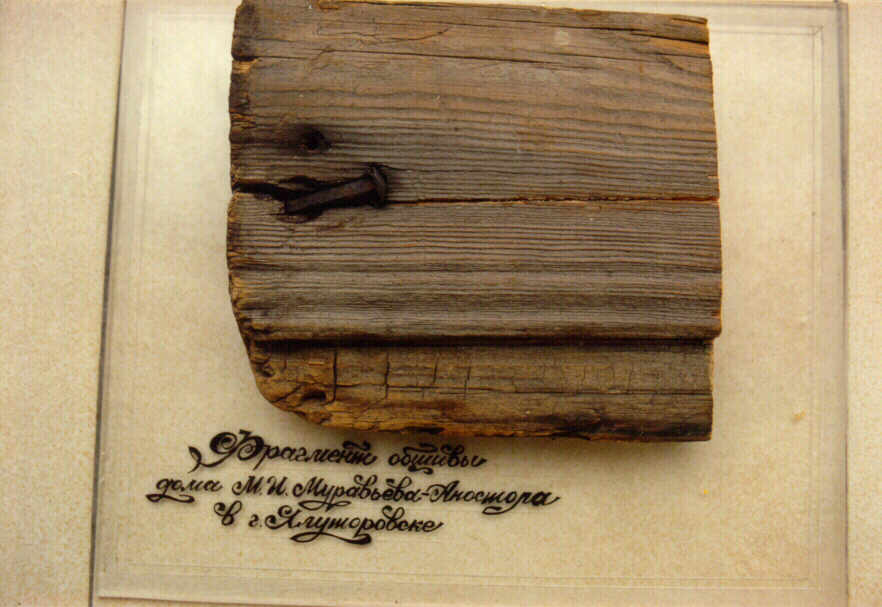 The KOROBYINE family name has been traced back to a Khan of the Golden Horde (Kontchak or Kuchak) and his three sons, SELIVAN, KOROBIA and  KITCHIS-BEY in the RIAZAN area who lived from about 1377 to 1463. The Bey  was a title of authority given to rulers of different tribes roaming the anatolian steppes and other parts of

the Ottoman Empire. Apparently, the KOROBIA name became corrupted or changed such that his son became known as IVAN SELIVANOVITCH KOROBIA . By about 1482 with the birth of his son, IVAN IVANOVITCH, the name KOROBIA had become KOROBYINE. Little is known of the family's exploits though the lineage is well documented. VLADIMIR KOROBYINE (1826-1895) married KATERINA BIBIKOFF. It was their son, VLADIMIR VLADIMIROVITCH, at the request of the famed Decembrist, MATVEI MOURAVIEFF-APOSTOL,  who in 1886 added the name MOURAVIEFF-APOSTOL by decree of Czar Alexander II to his own to create the current family name of MOURAVIEFF-APOSTOL-KOROBYINE. 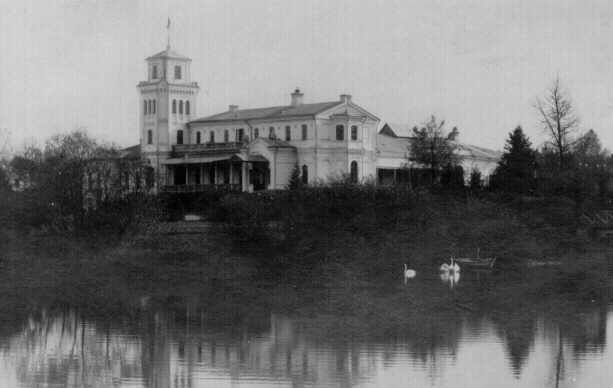