From 1435 to 1465, the Khan Konchak (a regional Khan under Kuchuk Muhammad) of the Golden Horde ruled from his Orda near Ryazan. This property known to this day as Kontchakovo was received as a tribute from the Russian Grand Duke and remained in the hands of the Korobyines until 1917. This Khan would later be better known as a central character in the Opera "Prince Igor" by Borodin. 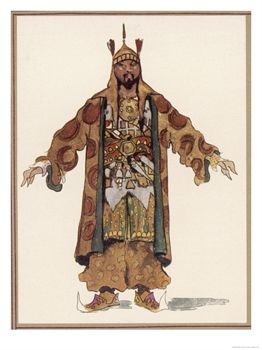 His three sons, Selivan, Korobia and Kitches-bey would produce offspring with famous names such as Korobyine, Koromsine, Soloviev, Selivanov, Klutchevsky and Kotchoubey. An early Kotchoubey was elevated to become a Prince in recognition of his military exploits and Kotchoubey Princes were around well into the 20th century.  However, the Golden Horde was in decline and by the end of the XVth century, Ivan III had consolidated his control over the region and no longer paid tribute to the Khanates.

The Golden Horde was a combination of the White and the Blue Hordes originated by the sons of Ghengis Khan (Orda and Batu respectively) in 1226/7 following the death of their father. The Golden Horde began in 1378 and covered the area of eastern europe including Tver, Moscow, Kiev and Ryazan. The Khans ruled until 1502:

The Khans of the Crimea lasted well into the 18th century occupying the eastern Ukraine until being finally expelled by Catherine II in the mid 1700s.